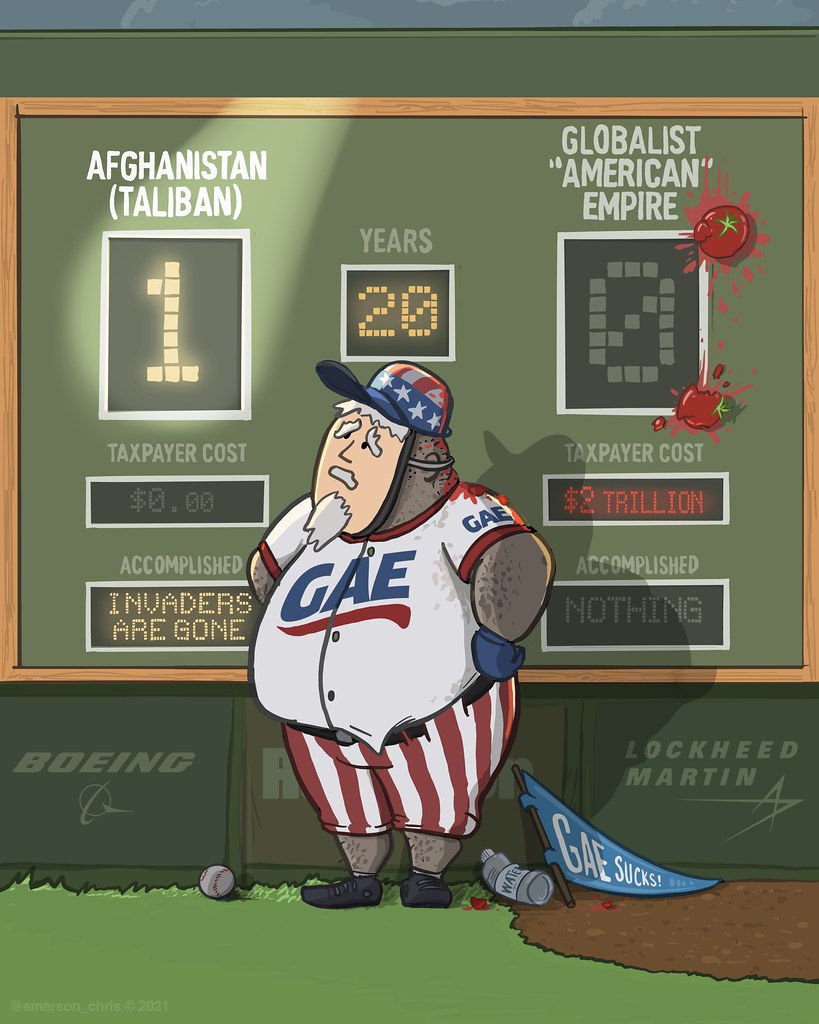 Nothing against the pro-America troops who signed up to defend our country and everyone is free to have their own opinion … but to me it’s pretty clear the entire war was not what we were told, an insane waste of American taxpayer money and lives and should have never happened. Our losing that “war” is a fitting sign of what our once-great nation has become. The Globalist American Empire is a joke and this will likely not be the last embarrassment we suffer until/unless we get a government/leader who restores America to greatness by returning to the faith and aspirations of our founding fathers.

This site uses Akismet to reduce spam. Learn how your comment data is processed.