In case anyone wasn’t aware … free speech does not exist in America. After four years of simply doing a livestream political show Nick Fuentes is deplatformed from every social media service, many web hosting services and the big finance services as well. He’s never condoned or encouraged violence, always recommends peaceful/political solutions, he even makes it clear he’s a Christian and suggests everyone else follow Christ as well … yet all these “free market” organizations have banned him for political statements or edgy jokes they don’t like – on top of this many mainstream news “social justice” type organizations slander him over and over no matter how many times he’s refutes/disproves their claims. Worst of all many so called “Conservative” groups/organizations ban and shun Nick as well (for similar reasons). What a sad state of affairs America is in…

Kind of a cheesy/info graphic I know but I wanted to point out how the true Trump/America First patriots are insanely slandered, censored and deplatformed … while the “conservative” voices we see on TV/etc in 2021 have millions of funding and aren’t censored or deplatformed anywhere. Clearly the bottom row are no threat to the system …

“Our Constitution was made only for a moral and religious people. It is wholly inadequate to the government of any other.”
– John Adams

Semi fun but also serious one I kicked around for a while … as 2021 progresses the importance to pray and trust God only gets greater. God help us all. Sorry if it’s a bit dark …

Fun one since FBI is apparently seizing lego kits now …

Banned from *more* platforms than anyone I’m aware of AND placed on the no fly list … and committed no crimes. All in America. One of the very few people unafraid to speak the truth and clearly the system does not like it. Remember that his beliefs and questions are NEVER actually refuted (let alone addressed) by his detractors – all they do is slander and lie about him. 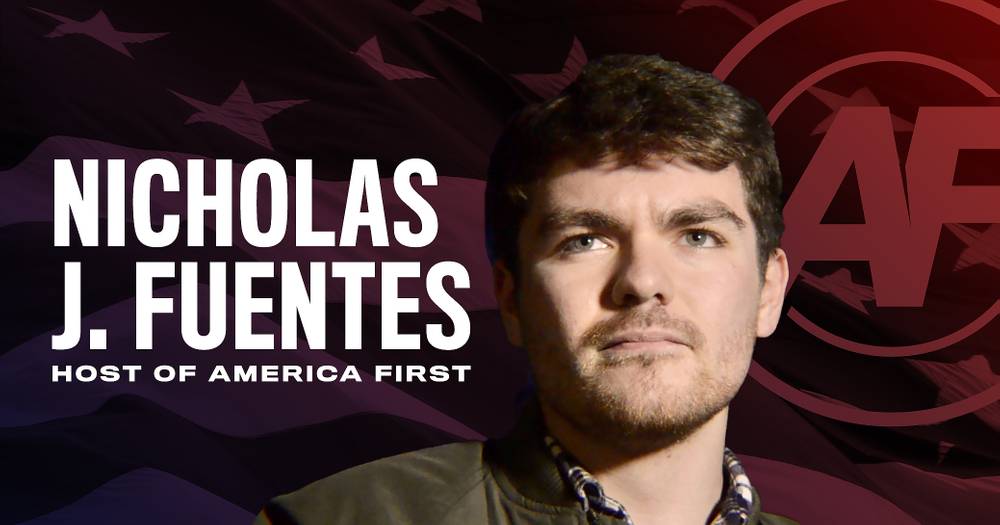 “What does censorship reveal? It reveals fear.”
– Julian Assange

Even if you have (emotional or fact-based) disagreements with Nick Fuentes’ views you can not agree with the persecution of this young man and still call yourself an American. God bless (and protect) Nick Fuentes.

Very strange background on this graphic – I actually finished/published it ~12 hours before Nick finally got banned from Twitter. Normally I pace myself on graphics during the week so I get enough sleep but for some reason I stayed up past my bedtime two nights in a row trying to get this one out asap. We all of course knew Twitter would eventually cave to the pressure from the smear merchants but I had no idea this graphic would be released with such bittersweet timing … one if the last things Nick ever retweeted to his 150K+ followers. Crazy.

Since “President” Biden recently had trouble remembering the full quote here it is:

… The tree of liberty must be refreshed from time to time with the blood of patriots and tyrants.

To be honest this larger excerpt from the above quote is even better, more relevant to the sad times we live in:

The British ministry have so long hired their gazetteers to repeat and model into every form lies about our being in anarchy, that the world has at length believed them, the English nation has believed them, the ministers themselves have come to believe them, and what is more wonderful, we have believed them ourselves. Yet where does this anarchy exist? Where did it ever exist, except in the single instance of Massachusets? And can history produce an instance of a rebellion so honourably conducted? I say nothing of it’s motives. They were founded in ignorance, not wickedness. God forbid we should ever be 20. years without such a rebellion.1 The people can not be all, and always, well informed. The part which is wrong will be discontented in proportion to the importance of the facts they misconceive. If they remain quiet under such misconceptions it is a lethargy, the forerunner of death to the public liberty. We have had 13. states independant 11. years. There has been one rebellion. That comes to one rebellion in a century and a half for each state. What country before ever existed a century and half without a rebellion? And what country can preserve it’s liberties if their rulers are not warned from time to time that their people preserve the spirit of resistance? Let them take arms. The remedy is to set them right as to facts, pardon and pacify them. What signify a few lives lost in a century or two? The tree of liberty must be refreshed from time to time with the blood of patriots and tyrants. It is it’s natural manure. 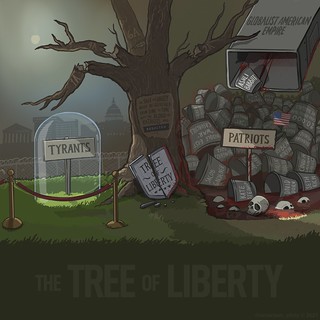 I, of course, still love the original American nation, our founding fathers, our history, etc … but it’s hard to celebrate our “Independence” and not remember that we’re very clearly living in a totalitarian state of the Globalist American Empire that has very little resemblance to the great nation we inherited from our ancestors. 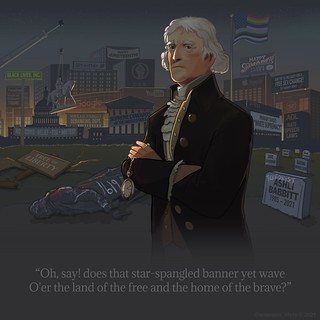 A light-hearted one for a (brief!) break/change. For the record I am WAY out of my league even attempting this because the fan art community for Demon Slayer Kimetsu no Yaiba is so amazing … but I couldn’t resist trying at least one scene since this is my newest favorite anime series. 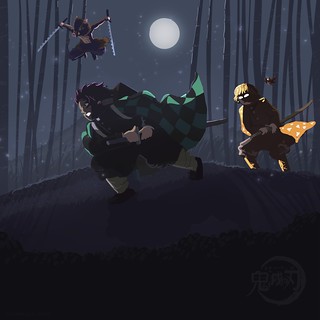